The government website on climate change does not provide a link to the plan, only to the latest progress report. The plan includes a number of key components:

Of these, the commitment to phase-out of coal-fired power plants is the major contributor to meeting the climate targets. 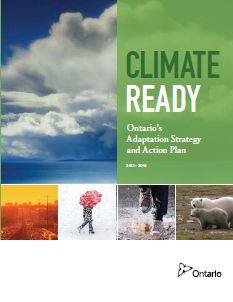 A second and more recent strategy dealing with climate adaptation was released in 2011.  This strategy acknowledges that climate change will have significant effects on Ontario’s weather, ecosystems, and economy. contains recommendations with respect to planning and infrastructure investments.