Acting on a Vision of Sustainability

Nova Scotia has a vision to be one of the cleanest environments and most sustainable economies in the world by 2020.  To get there, the province enshrined 21 specific targets in legislation: the Environmental Goals and Sustainable Prosperity Act. The Act covers:

The province committed to develop new strategies and policies to advance
its 2020 Vision in co-operation with other levels of government,
private industry, and the public.

Towards a Greener Future 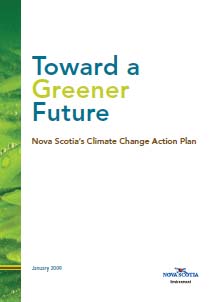 In 2009, Nova Scotia released its Climate Change Action Plan, which set targets of 5 megatonnes annually by 2020 and a reduction of GHG emmissions by at least 10 per cent from 1990 levels by 2020.  Details are on the Climate Change website.  Short term actions, to be done by 2013, include::

Medium-term actions, to be implemented after 2013, include the following: 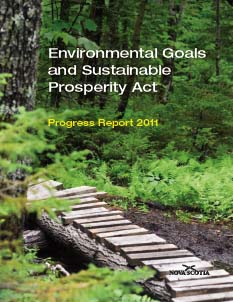 The Minister of Environment and Labour reports annually to the House of Assembly on progress made toward the province’s sustainability and climate change goals.  The 2011 report is gives a complete rundown of the progress in implementing commitments made in both strategies.

A companion document is the Indicators of Prosperity – 2011, which provides an analysis of individual prosperity and the overall economic performance of the province.